Ladies and gentlemen, boys and girls — We can finally say, jinx free, that GTA:V is only a few hours away from launch.

After many letdowns with the PC release from our beloved Rockstar, the final countdown has finally come forth and I am super excited.

My fingers have been crossed for a while now, hoping that the release date will never ever ever ever change again. The game has been downloaded and is ready for the midnight release tonight (13th April 2015) and things are looking good.

What can we expect in the PC version, you say? Well, let’s skip the boring stuff and get right into the amazing facts. Yeahhh boiii!

Thought that gaming looks beautiful in 1080p? You are so right, but imagine how amazing GTA:V will look with its 4k resolution capability, along with an improved 60fps! Mmm mm mmmmm! Unfortunately, you will need a high-end monster PC to be able to run this at its full glory, but maybe some tweaking can be done to have the best of both worlds.

GTA:V for PC will now be able to support up to 30 players at a time +2 more spectators on top of that, which leads to 32 per server in total – think of the online mayhem you and your friends can get into, now!

Exclusive to the PC, we are now able to view the beloved GTA:V in its full glory of a first-person perspective, giving the game a whole new look and feel.

For those of you who just can’t let go of your favorite car from the previous GTA games, fear not. Most will be back for you to drive in once again! **Cough… Banshee… Cough** 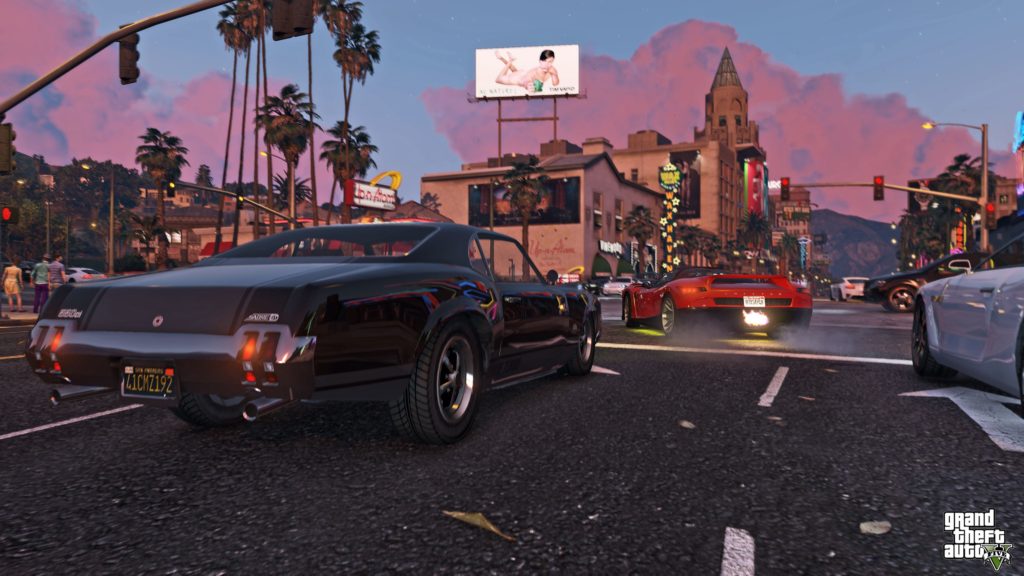 I have Wednesday, Thursday, and Friday off, so I shall be playing GTA:V PC  pretty much non-stop. After a few hour of gameplay (both multiplayer and singleplayer), you can expect a written review from myself, along with a few screenshots and possibly videos of my reaction. Game on, everyone!