After Dark – New Details Emerge On The Cities: Skylines Expansion.

New information coming out of the Paradox Forums from one of the developers of the game, the Lead Designer ‘Co_Karoliina‘.

After Dark is going to be the first and largest expansion for Cities: Skylines, with the main focus on including a day and night cycle to the game. Besides that are a lot of technical improvements planned – buildings, for instance, will receive a new texture to incorporate the cycle. Windows will be properly lit up and there is an actual graphical transition between day and night. 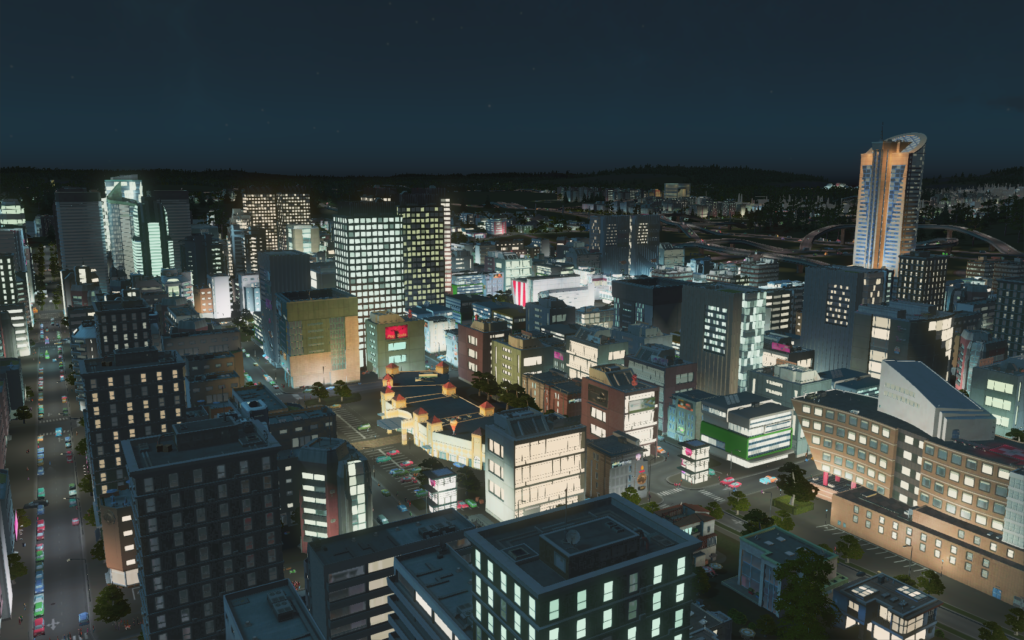 Some of the notable features of the After Dark expansion:

All in all the night-time creates new challenges and changes the way traffic behaves to alter the way the city works. We want to create more variation to the game and make the cities feel alive, with ever-changing needs and a constant, but changing, stream of citizens traveling to their desired destinations. Night looks awesome and we are currently balancing it to feel equally awesome! – Karoliina Korppoo, Lead designer on Cities: Skylines

Cities: Skylines itself has been received very well by critics and quickly reached 1 million sales over just a few weeks.

The expansion After Dark is set to release in September 24th 2015, so mark it on your calendars.

As always,
See you when you’re older.