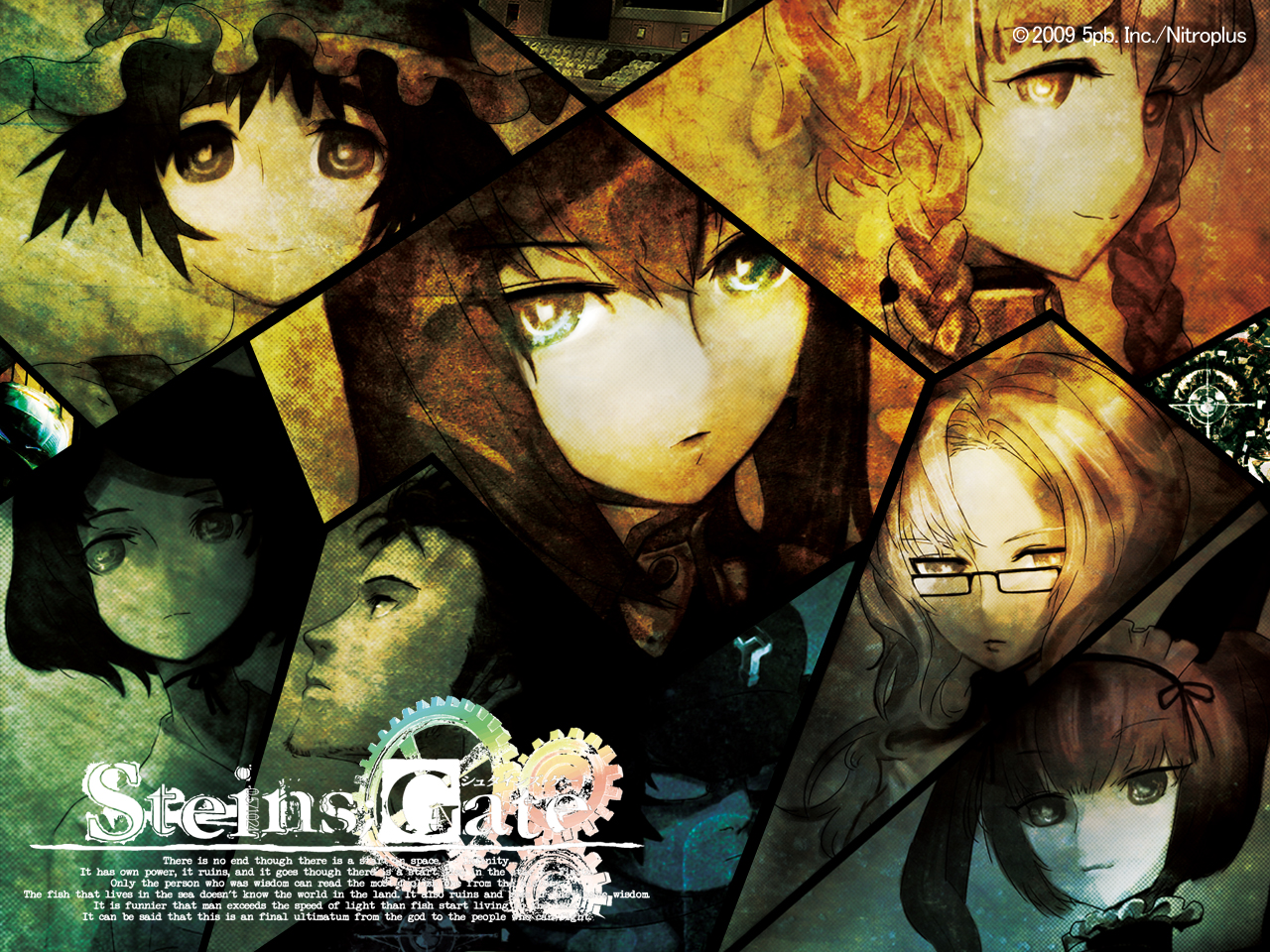 Steins;Gate was among the first few anime shows I saw and I absolutely loved. I was a bit sceptical when I heard ‘time travel,’ but this anime managed to exceed my expectations. Steins;Gate does start off very slowly and does take a while to get to the main plot, but the overall deliverance of each episode made me crave for more and more. The character-to-character relationships were very well done and realistic. An homage needs to be given to the writers for doing exceptionally well in moving away from some of the typical tropes we see in anime. 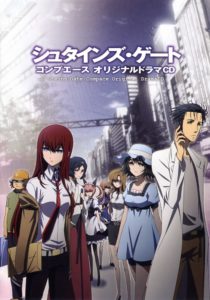 • Characters – There is a plethora of very likeable characters, each with their own unique perks and traits.

The main character is Rintaro Okabe, who is a self-proclaimed evil mad scientist, who actually turns out to be a good guy, with intentions to stop a shadowy organization from taking over the world. He is liked immediately for his comedic and childish personality; what’s most peculiar about this character is the way he talks to himself on his phone to express what he is thinking about aloud.

He spends most of his time in his lab that he names ‘Future Gadget Laboratory,’ with his only three friends, Hashida Itaru, Shiina Mayuri, and Makise Kurisu.

The relationship between Rintaro and Makise is not a forced love relationship, but rather, a close friend. This gives the viewers an attachment toward the characters as we naturally want them to get together.

One of the things I really enjoyed about each character is that they have their own unique dialogues that you would only imagine them saying. For example, the viewers are constantly anticipating Rintaro’s quirky ever-changing nicknames that he gives to each character. Rintaro constantly does this to Makise, calling her ‘Christina’ or ‘the Zombie.’ What’s even more exciting is how she would rebel against these names. These small interactions are what really gives the show its unique character.

• Story
This one is a bit tough to explain. The story takes some inspiration from a real life story, but adds its owns twist. Rintaro Okabe finds that he created a time machine in which he can send messages to himself in the past, so he abuses his power by helping his friends.

Without knowing the consequences, he gets himself into trouble. I think this, although slightly cliché, works well. The time travel machine is the main aspect of the story but isn’t the main focus. Meaning, the plot centres upon the internal problems created by the invention as opposed to centring upon the nuances of the invention itself.
Overall, I this is a clever story, but it does take time to get to the good stuff. Some episodes may require a revisit just to understand what the hell is actually going on. Because of this, Steins;Gate lands in a secure 4th place.

Totally up to you on this one. I initially watched the show in English and never had the chance to repeat it in Japanese, but from what I hear, the Japanese version is better.