In Mirror’s Edge Catalyst It’s All About Feeling It Again.

In the upcoming sequel of the Parkour running game “Mirror’s Edge” it’s all about intuition again. DICE intends to make controlling the character even more immersive than it was in the first part of the game. Like back then, the players will have directional Action-buttons.

“Moving forward and using what we call Up and Down Actions are the fundamentals of movement in Mirror’s Edge Catalyst. Fans of the first game will be familiar in how this is handled. Since there isn’t a dedicated jump button the left shoulder buttons (or PC equivalent) will be used instead, signaling an intent from the player,” Lead Gameplay Designer Rickard Antroia explains

Pressing the “Up-Action-Button” running next to a wall will trigger a Wallrun, pressing it shortly before a ledge triggers a jump whilst the “Down-Action-Button” handles everything in the opposite direction. 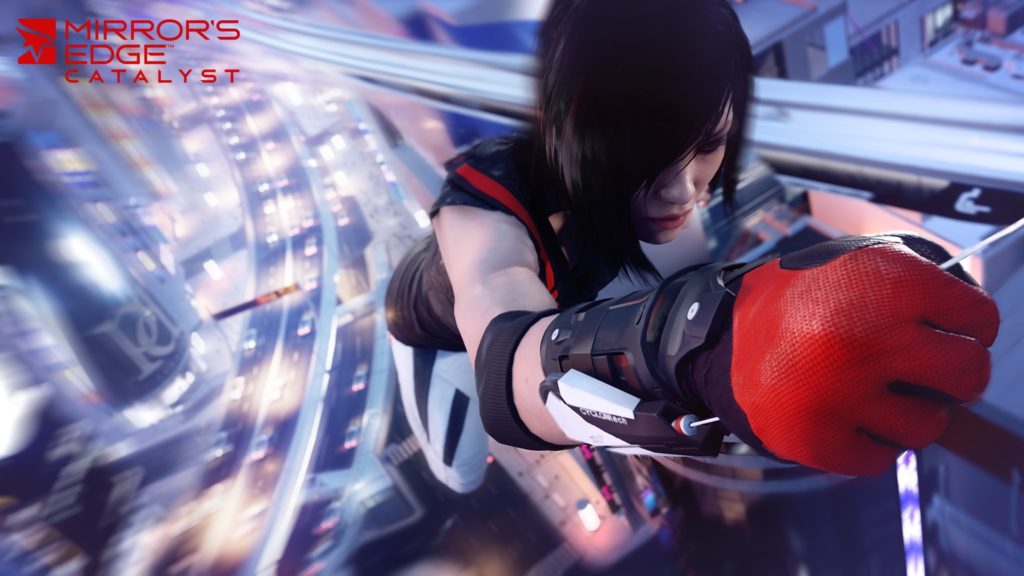 Furthermore there will be a new mechanic which is supposed to make both movement and combat even more fluid and powerful: Shift.

“The origin of Shift is that we wanted to find something that lets you gain speed faster. Shift lets you move sideways in any direction, and also backwards. Say you get too close to a threat or just want to back up and get a clearer view of your surroundings, Shift will take care of that,“ Antroia says

In addition, you can use Shift as well to drift around corners.  Eventhough this normally is a mechanic out of racing games, it can be applied to body movement as well. Faith will lean towards your desired direction and this makes it possible to take a sharper turn around corners with a Sideshift.

“One extra perk of using Shift like this is that you can’t fall off of ledges while doing it. This means you can use this technique on dodgy terrain and on small catwalks without railings,” says Antroia 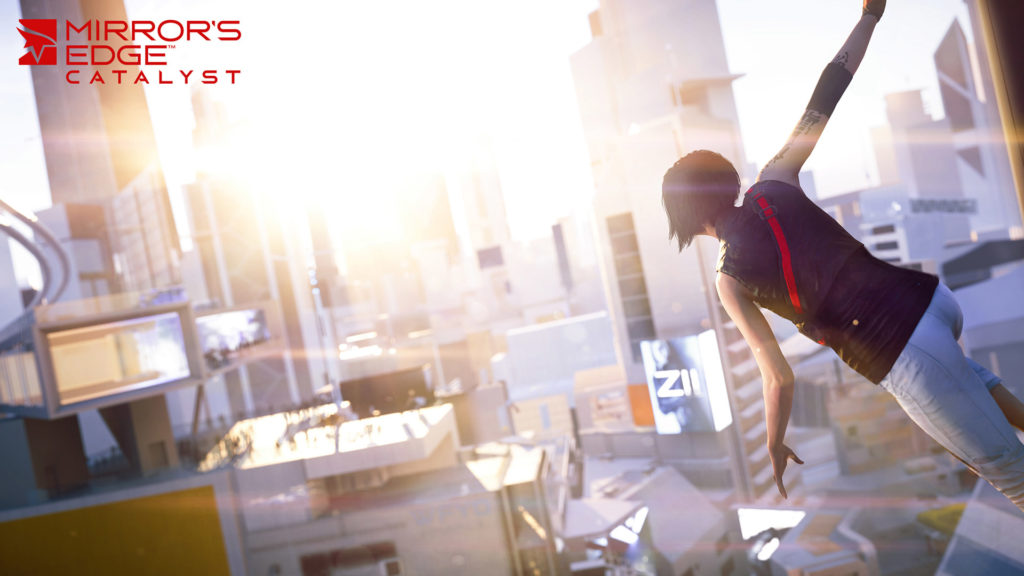 DICE’s intention is, to make the Mirror’s Edge Catalyst more approachable for beginners. As the first part of the game received gorgeous reviews with its innovative gameplay, it was quite tough to handle for casual and not so experienced players, which was probably responsible for the bad sales figures.

This time, the move set is supposed to contain both newbie and pro approaches:

“If a beginner is in the middle of a wall run and wants to jump to the opposite side, the Quickturn button will do this with a set direction. More advanced players can however use the mouse or analogue stick to adjust the exact direction of that jump,” Antroia says

This way, new players will learn the game fast but the mastery of movement will still rely on a lot of practice, quick reactions and the sheer intuition for the terrain in front of you.

Mirror’s Edge Catalyst will be released on 25th February 2016 for Xbox One, PS4 and PC.